Four CFS trucks and a bulk water carrier, supported by MFS crews, responded to a truck fire on the city bound side of the South Eastern Freeway at 8:55 this morning.

The truck which was transporting scaffolding, has been extinguished by firefighters, with the fire contained to the truck.

Specialist HazMat trained CFS volunteers are on scene helping to clean up and contain any diesel and oil, which dropped from the truck during the fire.

No one has been injured. Traffic restrictions are in place. 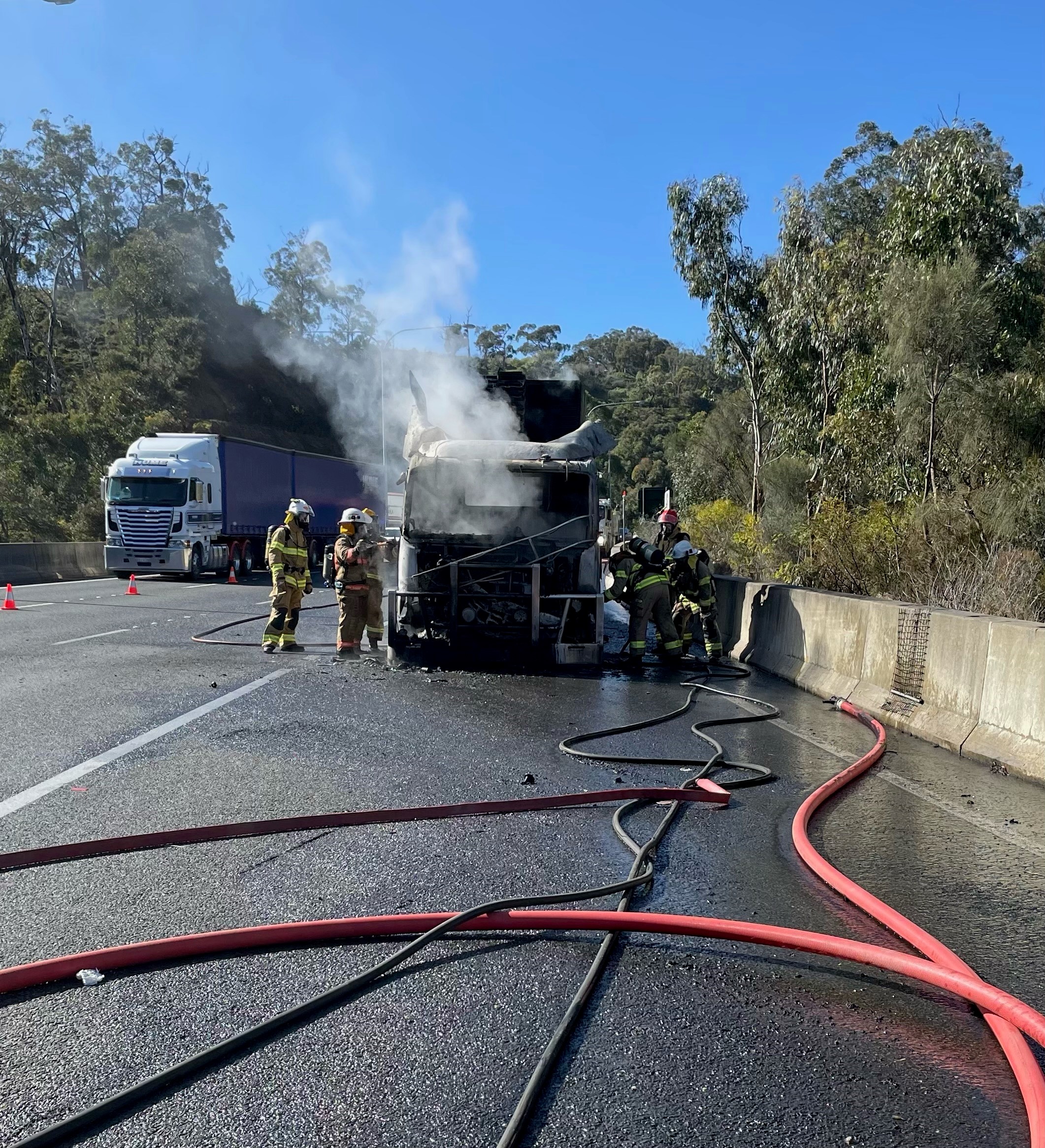