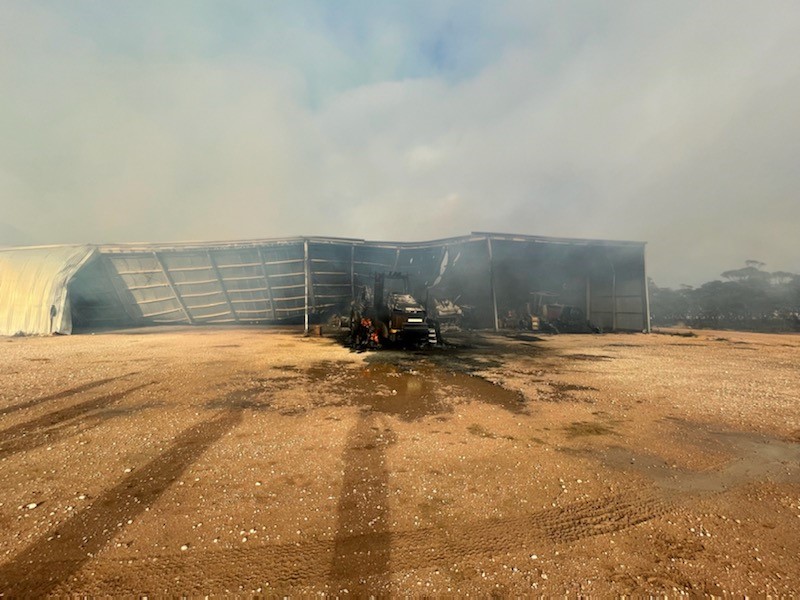 t 7:00 this morning CFS crews were alerted to a fire on Woolford Road, Buckleboo on the Eastern Eyre Peninsula.
Two CFS crews arrived to find a large hay shed and machinery engulfed.
Crews were unable to save the contents of the shed, but have managed to contain the fire at the site.
Due to the machinery lost in the fire including a CAT tractor, chaser bin, wind rower and boom spray, damages have been estimated at $1 million.
The fire is expected to burn for several hours as the hay breaks down, and smoke will be visible in the area.
CFS crews will remain on site until the threat reduces.